These leaders under 30 have received grants for leadership roles in climate and community activism. Since 2019, grants have been reserved for young people raising awareness and influencing policy on CLIMATE CHANGE. APPLY FOR A MERLYN CLIMATE GRANT. 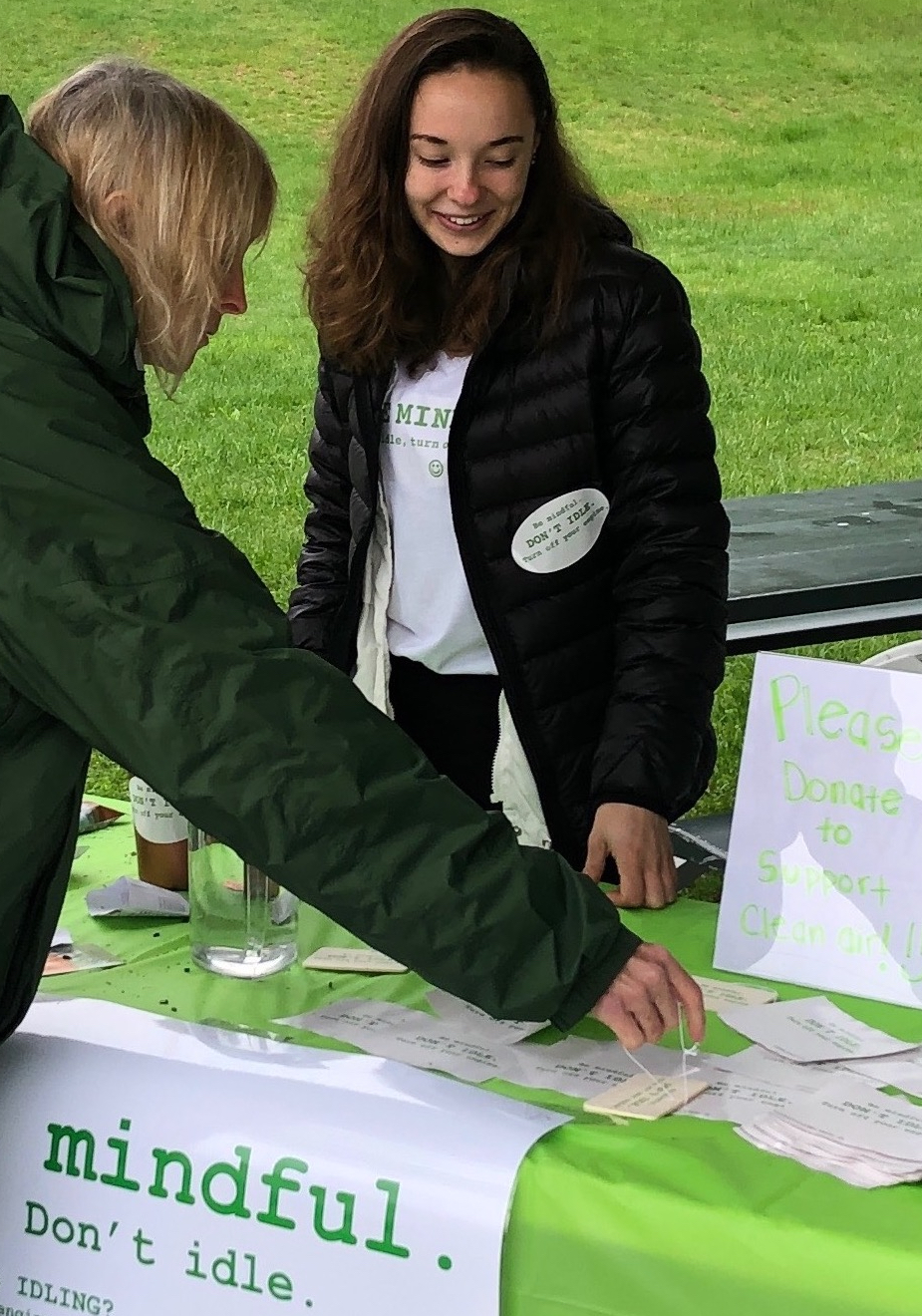 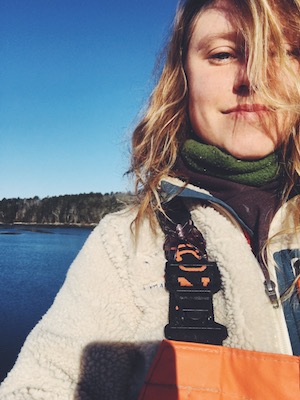 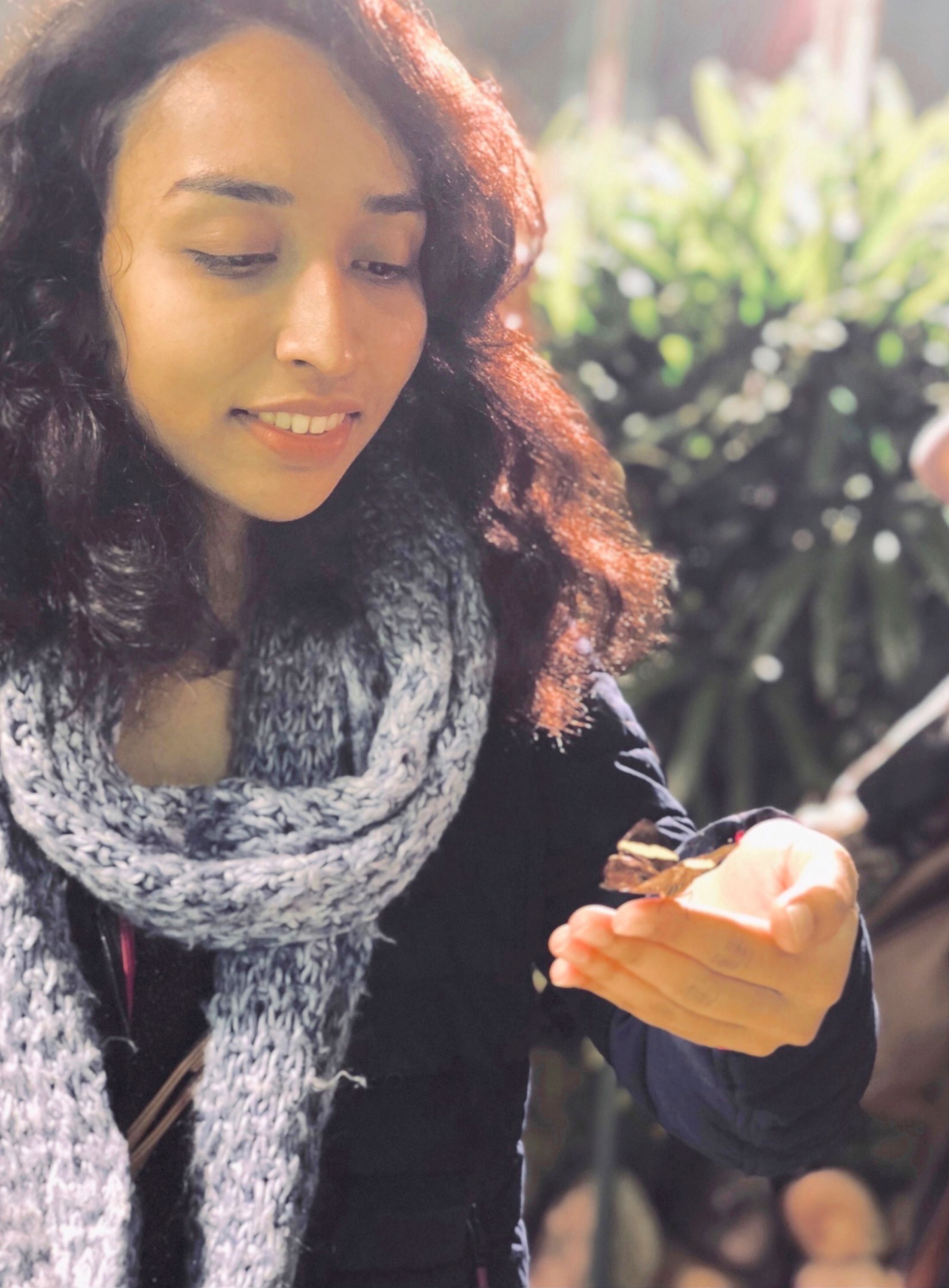 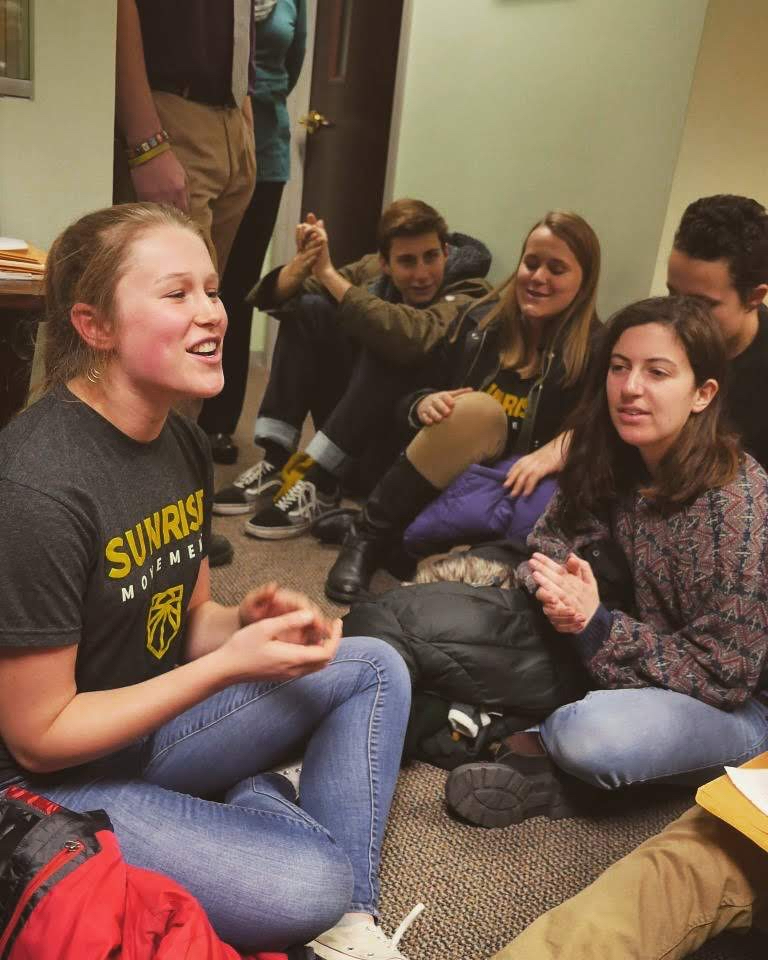 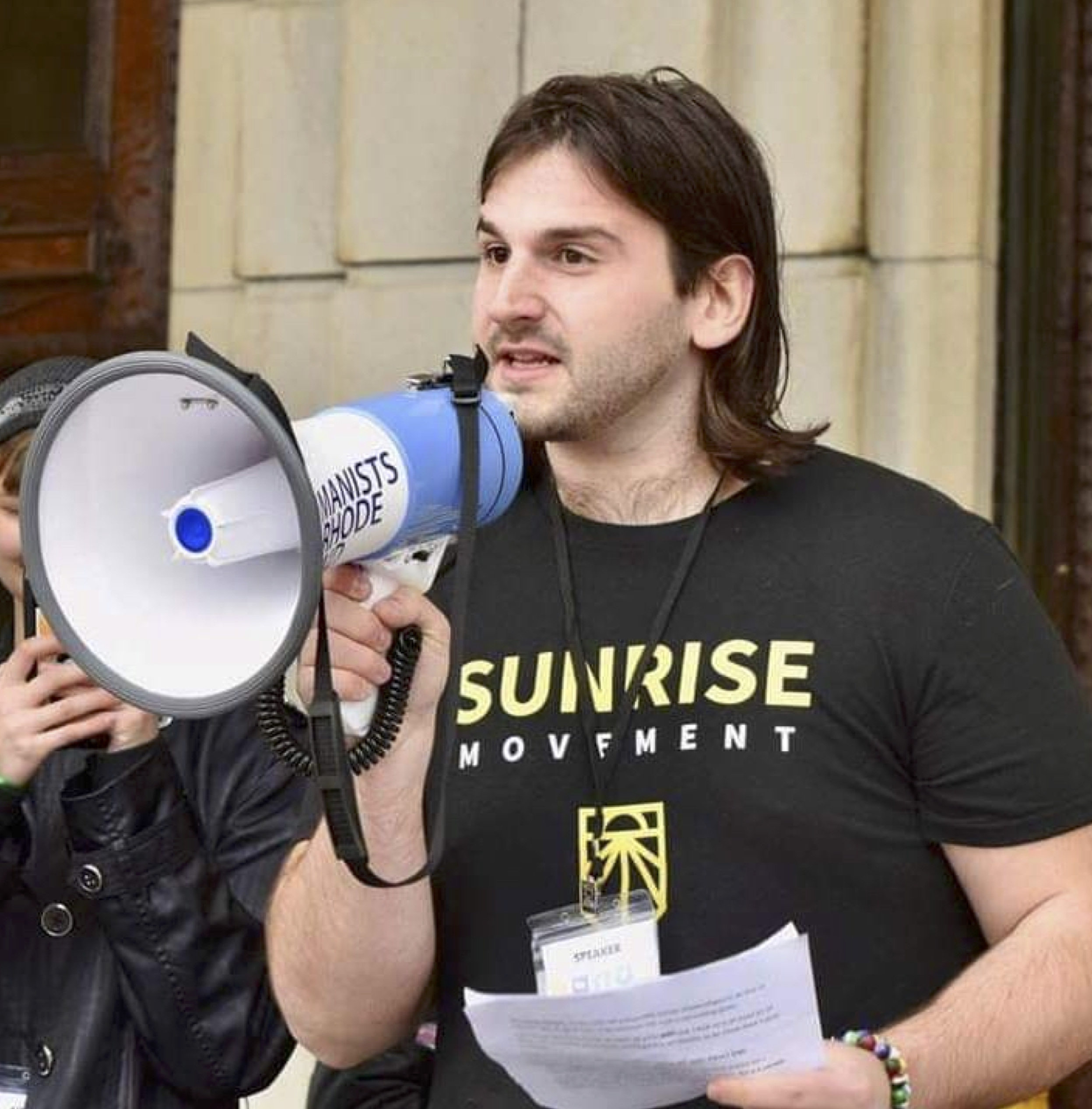 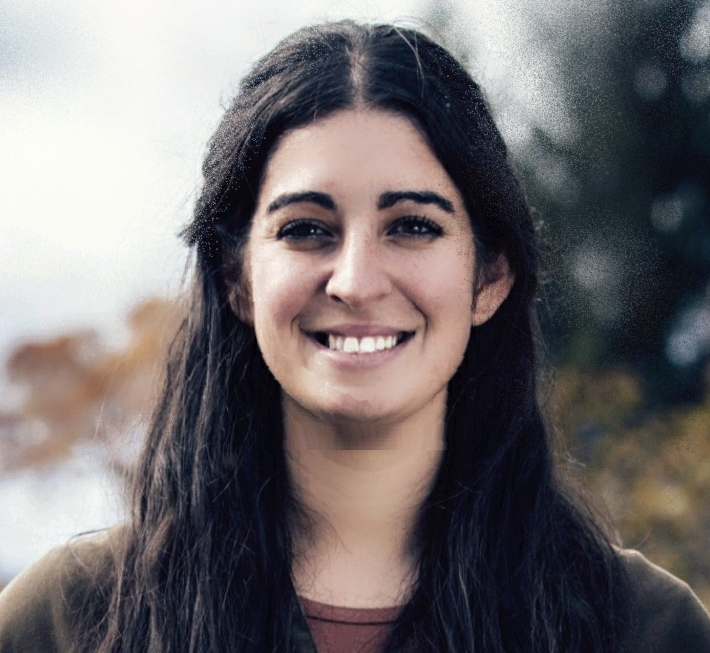 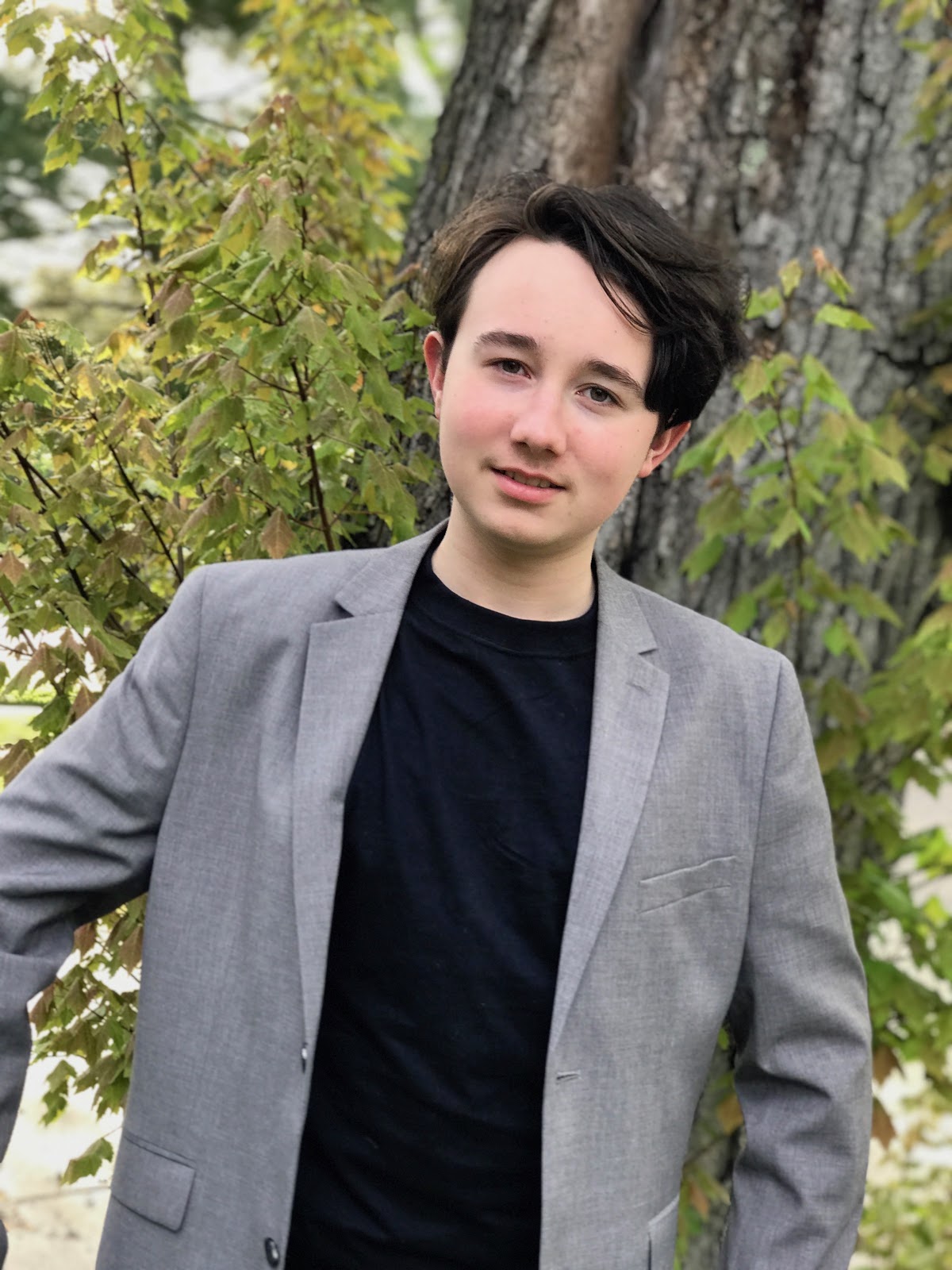 A student at La Salle Academy, in Providence, Luke Meisel (14) will use his grant to help build climate change awareness among friends and fellow students in his and area schools.  Luke's plan is to solicit firsthand accounts from many who experienced Hurricane Katrina. He'll then invite local students to create art and writing in response to their reading and discussion of those narratives. He hopes to publish those new student works in a small magazine for distribution in area schools and perhaps in local bookstores and libraries. 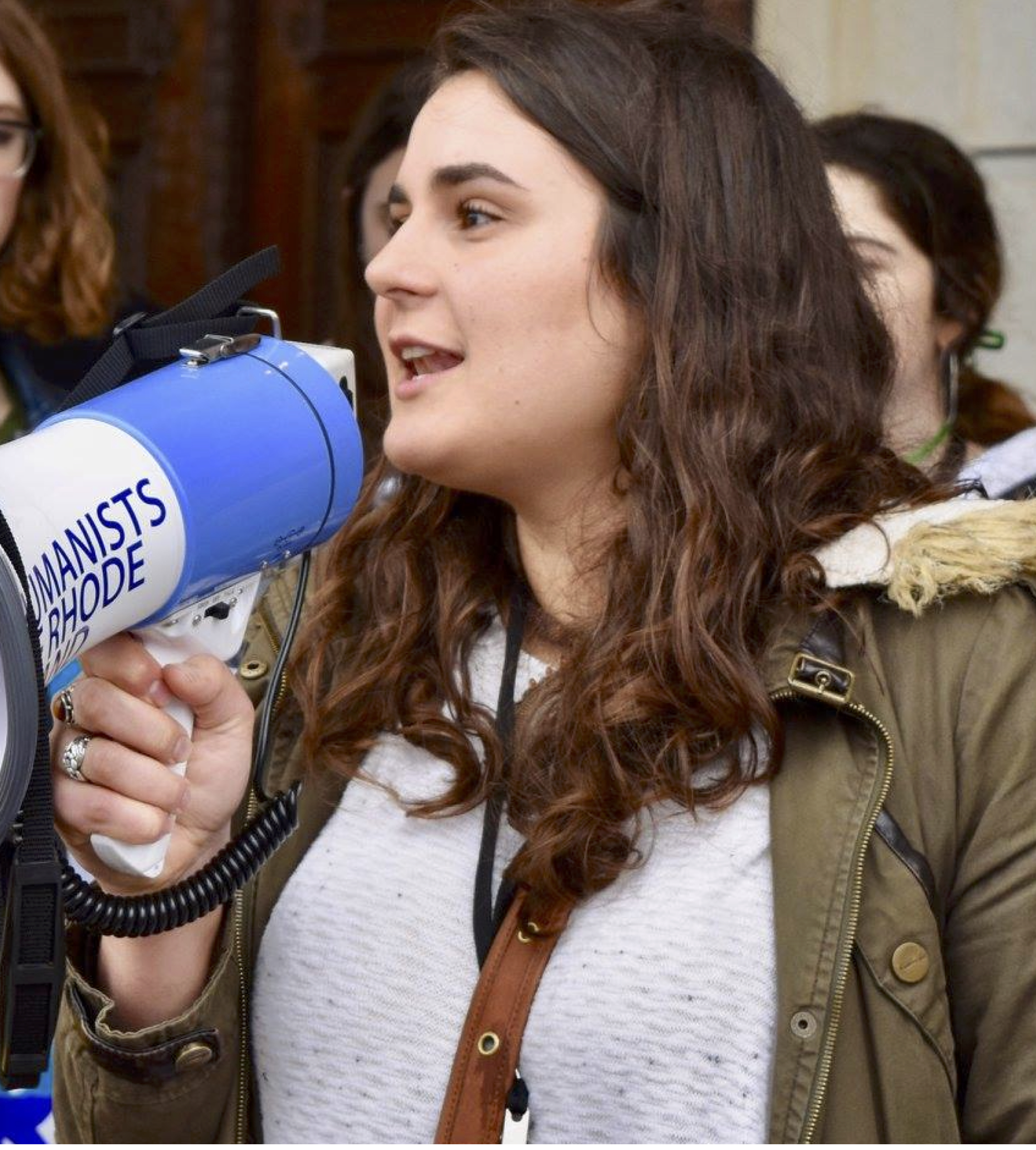 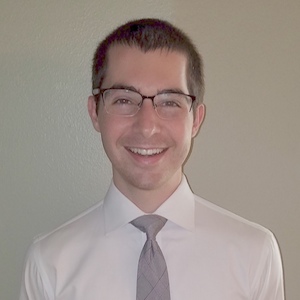 When Gabe Lamanuzzi moved to the Boston area, he sought out ways to get involved right away with his new community. Concerned most about alcohol and drug abuse prevention, he hoped to use his writing and education background to start making positive change. He decided the best way was to link up with an established local nonprofit and provide his skills to expand their reach. “I wanted to get involved with Improbable Players right away,” he says. “They caught my interest immediately because through friends and family members I’ve been affected by addiction, and I think it extends to every level of society. It can tear families apart, and addiction affects society as a whole.”

Gabe plans to use his grant to help the group develop a podcast, expanding its reach and accessibility. He believes that helping share their message widely will further raise awareness of issues related to alcohol and drug abuse and provide support for those who may love someone struggling with addiction. “The moment I realized I could really help was the first time I shared my story at a meeting [for loved ones of addicts],” Gabe explains. “I received overwhelming feedback on how it could help others overcome their own pain, loss, struggle. It’s not easy to share these stories, but it helps. We are at our best when we are connecting and sharing.”

Gabe hopes he can help broaden the dialogue around alcohol and drug abuse. “The ripple effect of an individual’s action in society can be profound,” says Gabe of his desire to be an agent for change in his community.  “You have a responsibility to take action and not to stand idly by when there is injustice or pain.” 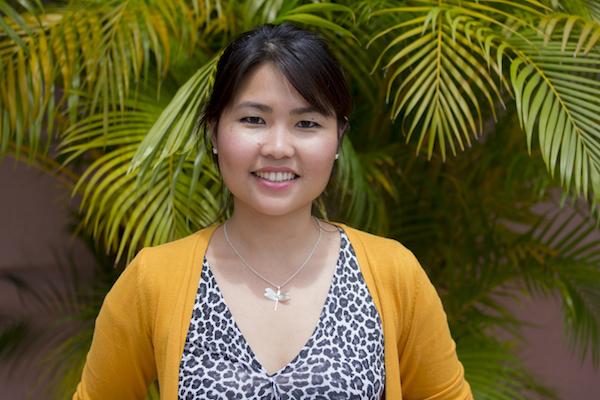 Born and raised in Dorchester, a Boston neighborhood, Ngoc-Tran Vu ("Tran") is a community organizer and multimedia artist. As a Vietnamese-American in Dorchester’s large Vietnamese community, she grew up fascinated by the long history of her family and the families around her.

Tran wanted to create a way to share that narrative with and for her community. She began working with local businesses, youth, and elders to develop a public art project in the heart of Dorchester. The massive mural, nearly three stories tall, has become a community focal piece. It tells the rich stories of the Vietnamese people and the people of Dorchester in a way that is honest, healing, and empowering.

“The steering committee was intergenerational, a group of residents both Vietnamese and non-Vietnamese, but I really wanted to engage with young people who could carry on the history and the narrative moving forward. It was important to me that it came locally. Dorchester is a working-class community, and the stories you hear about it in the media are often negative, but a lot of people don’t realize how much art and culture and vibrancy there is for people both inside and outside the community. There is a lot of talent and stories from people in this community,” says Tran of her work. “I think it’s both empowering and healing. The role of the artist is to create spaces that people can relate to, can share, but also feel empowered in.”

Tran received a grant to develop a website that will support the community mural project. She hopes the site will bring people from far afield to the mural and start more conversations -- the way it has with folks in her neighborhood. “The mural talks about the journey of the immigrant and refugee experience in a way that’s universal,” she says. “I want art to become a tool for engagement and for sharing our narratives.”

Trans says she learned through this project that collaboration is a key to positive, sustainable community activism. “You don’t always have to start something from scratch. A lot of times the best ideas come from collaboration. A community mural was not a brand new idea, but really figuring out why it was important and how it would connect to this community was valuable. People have stories that need to be told from their perspective.” For more on mural and its development, go to:https://www.hsph.harvard.edu/news/features/vietnamese-mural-students/ 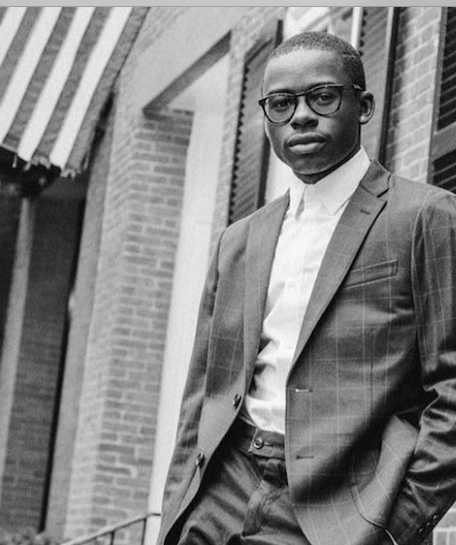 Reginald Fils, 20, is barely halfway through his first year at Bentley University, but he has for years already been an example of activism and engagement in his community. While still in high school, Reginald started his own fashion company, Urban Inspired.

As a young entrepreneur, he realized that young people of color in his community were rarely encouraged to participate in business and entrepreneurship.  He decided if anyone was going to fill that gap, it may as well be him. No one else seemed to be starting that conversation, and he knew it was an important one. “There aren’t a lot of people who look like me who are initiating these conversations. I felt like a lot of people could benefit from it, so I started doing it. I was involved in a lot of different community organizations, and I realized that I needed to make my voice heard to see the changes I wanted to see. I wanted to encourage others to do the same,” says Reginald.

Reginald speaks in schools, afterschool programs, and youth groups throughout his community on issues related to business, finance, and entrepreneurship. He tries to instill the importance of community and civic engagement. He wants to encourage young people to get involved in issues they care about. “In our community, there tends to be a level of apathy toward civic engagement, community service, voting, and engaging with our public officials,” notes Reginald. In his conversations with youth, “I have them look for a problem in their community, and in small groups they develop solutions. They see that their voice is needed to address these problems.”

As a college freshman, Reginald has to balance his community engagement work with getting adjusted to life as a college student. He says that prioritization is key. He hopes to use his grant to expand his youth development programs around community engagement, financial literacy, and entrepreneurship. “I don’t think there needs to be a line between community-based work and entrepreneurship,” he explains. “I want to show that the private sector can, and should, be working with the public sector to do good." 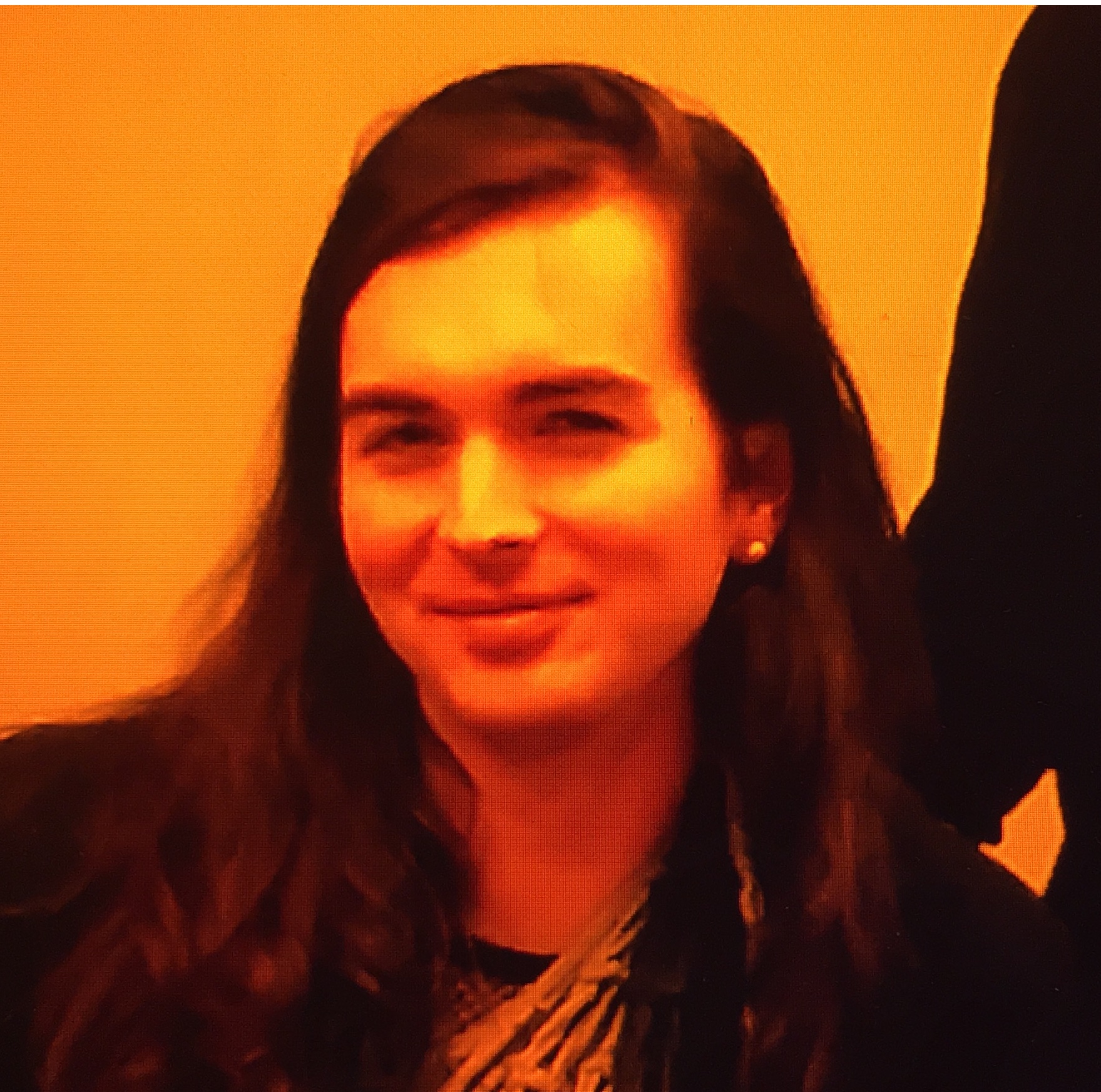 Brown University graduate student and transgender activist Ryan Segur is the Youth Empowerment Coordinator at Rhode Island for Community Justice. Ryan will use her grant to support a series of youth empowerment workshops at RICJ. Ryan’s efforts emphasize “allowing youth to take positions of leadership, to teach and lead discussions with their peers on the issues that contextualize their day-to-day lives.”  Providence-based RICJ helps kids come to terms with bias, bigotry and racism and advocates for mutual respect and understanding.

Fifteen years old, Daniela Lopez volunteers in the Youth Leadership Program at the Boston-based Center to Support Immigrant Organizing (CSIO).  She has helped organize and lead teen workshops to inform young immigrants about their rights and challenges under TPS (Temporary Protective Status) laws. She’ll use her grant to help launch two CSIO campaigns, one of them a workshop in response to bullying and other attacks against undocumented students and Muslim students. She says, “We will work to guarantee that all school climates in the Boston Public Schools respect and validate Muslims, undocumented, and other immigrants who are under attack nationally.”

APPLY FOR A CLIMATE GRANT

Your Still-Legal! T- Shirts are custom-printed just for YOU when you order them, so refunds or exchanges are available only if you receive a damaged or incorrect item. Please let us know! We want to know as SOON as possible in order to make it right.  Please email service@still-legal.com, or call us in Rhode Island at 401-751-3766. We'll get your replacement or refund handled RIGHT AWAY. Thanks!

Still-Legal! Apparel for the Next Four 2 1/2 Years

A Project of Merlyn’s Pen, Inc.

Creating Programs that Educate Since 1985

Plan to receive your Still-Legal! T-shirts in eight to ten days.* Your shirts are custom-made for you. T-shirts arrive by U.S. Mail First Class. Larger orders may arrive via Priority Mail or UPS.  Thank you!

* Still-Legal! apparel is available only in the US, its territories, and to APO, DPO, and FPO addresses.